THE MUNDANE CAN BE EXOTIC


Once you have lived in Marbella and many other parts of the Costa Del Sol for a period of time, it can be easy to forget just how different and exotic it must seem to people who visit from Northern Europe, Russia and Eastern Europe.

If you take a visiti to Gibraltar, from high up on the rock you can clearly see the straits and how they are a hazard to the unskilled sailor. The merging of the Atlantic with the Mediterranean is very visible, from the changing colour of the water, to the swirls and eddies created by the different currents and temperatures. It is amazing to see. And from this view point one can also see Africa, only a few miles away, close to Spain than France is to England.

Tucked away in some expat or parochial Spanish town it is easy to forget how close this enormous continent and all its perceived exoticness is. Just a short hop takes you to the medinas and bazaars of Morocco. While some of the architecture may seem familiar, the country itself is a million miles from the relative calm of Spain.

And Spain itself seems alien to toe new visitor, despite the easy access to foreign food and drink and San Miguel being available in most pubs in Britain (!) so much of Spain in still alien. They do things differently here.

Take sex. Well, who would not? But the Spanish are very matter of fact about most things to do with sex. Visitors still seem to expect black-clad matrons and a guilt-ridden catholic attitude to sex. You know, the nun approach – nun of this, nun of that, and definitely nun of the other – but the opposite is true. The Spanish are much better at handling sex than most Northern European countries. 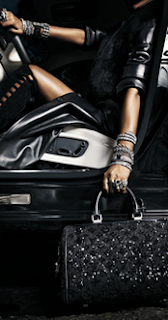 Buying and selling sex is both legal and acceptable. In a small town the local brothel is seen as being as integral and important as the local bakers. In big cities such as Marbella, the escort agencies such as Marbella Beauties from The Marbella Escort Agency and 2nd Circle Escorts Marbella work openly, legally and thrive. Much to the shock of many people arriving for the first time.

Its not just the architecture, language or the food that makes a place feel exotic, its the accumulation of little things that build to create a sense of “different”. Often the best thing to do is to take a single item or activity and look at from a new perspective, rather than trying to absorb everything all at once. The devil may be in the detail, as architect Mies Van Der Rohe once said, but so is the delight and joy of discovery. The little things tell you more than the big things because they are easier to compare, contrast and learn from.