On Ageing In The Sex Industry (Part 2)

As the population ages but the state has less ability to provide for them, older people will have to work longer. Unless someone has been very successful or exceptionally thrifty the idea of retiring at fifty, sixty or even sixty five years of age has gone out of the window. So they will have to keep working. This means work that will relies in most cases on brains rather than brawn. As you know, as we get older, no matter how much we eat well and work out, the process of our bodies weakening and wearing out is inevitable. There are lots of Instagram, Tumblrs and Pinterest account dedicated to the magnificent fitness and bodies of older people. Body builders in their seventies, people who are Crossfit devotees in their sixties and look amazing on it. And, of course, there are the movies about how an experienced older man kicks the asses of (literally) everyone because of their skills and maintained bodies (Taken, John Wick, The Equalizer). But the reality is, no matter how well we take care of them, they wear out. Or there would be plenty of sixty year old runners in the Olympics or professional football. 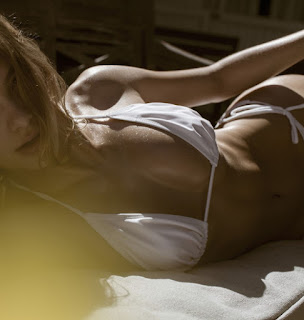 So you might have spent all of your life literally heavy lifting but at, say sixty five, you will be very unlikely to compete with a twenty five year old. The good news is that if you “keep your marbles” work in this age of information technology and social media should be available to you. Even in the world of sex workers for firms such as Tenerife Beauties. The sex industry has always been god at diversifying and creating new and different niches to meet (or create) peoples changing tastes. And as the population gets older but fitter, that is reflected in the sex industry. First there were MILFs (Mothers I would Like to Fuck). Now there are GILFs (Grannies I would Like to Fuck). OK, some of the grand mothers are thirty five, but you get the point.

Now, for someone to enter the market as an older sex worker is really not that difficult. It would mean keeping current in terms of technology but as families disperse almost everyone uses WhatsApp, Facebook, has a mobile phone and can log on to a personal computer to get at email. So not so much of a challenge for the baby boomer generation and all those follow it.